An interview with the Republican candidate for NYC mayor Nicole Malliotakis

Nicole Malliotakis, the Republican candidate for mayor, hopes that change will come November 7th when New Yorkers go to the polls.

In November, 2010 Malliotakis was elected tothe State Assembly with 55 percent of the vote, defeating a two-term incumbent, Janele Hyer-Spencer. Malliotakis was the both the first Greek-American and Cuban-American woman elected to office in the State of New York. She won reelection three times, with increasing margins every race.

In 2012 she organized and helped with the cleanup of Midland, New Dorp, Oakwood, and Cedar Grove following Hurricane Sandy. Her efforts to help with the recovery of East Shore after the devastating hurricane were well received.

In 2013 the American Conservative Union (ACU) named Malliotakis as one of the “10 Under 40”
young conservatives chosen to address CPAC, the Conservative Political Action Conference, the annual conservative convention.

Malliotakis is a proponent of elder rights, and has fought hard to keep senior centers in Staten Island open. She has advocated for fair workplace conditions for women, as has come out against housing discrimination against victims of domestic violence.

Community reached out to Nicole Malliotakis and asked what she hopes to change if she is elected mayor.

CM: What inspired you to run for mayor?

Malliotakis:This is the city I was born in, grew up in. My parents were immigrants from Greece and Cuba. They came to New York to achieve the American Dream, and I feel that we are seeing the quality of life in our
city deteriorate.

We are seeing affordability of our city become out of reach for so many individuals – whether it be people trying to own a home, or even rent in New York City, or start a business. It’s becoming increasingly difficult to do that. So, I’m running because I feel that we are headed in the wrong direction, whether it be the quality of life, the transit, the homeless crisis, affordability, and the ability to start a business and achieve the American Dream. I feel that we need to change course.

CM: Tell me about your position on school choice.

Malliotakis:I support school choice. I am an advocate. Actually, I’m a cosponsor of the Tax Creditlegislation in Albany. I think that if we can encourage individuals to support various scholarship funds – incentivize that – then more children can afford private and parochial schools.

I support, very much, school choice both in terms of a tax credit for parochial schools and yeshivas; I do support charter schools as well.

I think in my New York all schools can survive together. We shouldn’t be pitting one against the other. I feel that’s what a lot of politicians do, and that’s what the mayor does.

Ithink we need options; we need choices. When we have our private, parochial schools close, those children are then absorbed by an already overcrowded public school system. It’s wise to encourage various choices for parents.

But it also makes complete sense to be supporting our non-public schools. Because, look, at the same time when children come into the public school system it costs nearly twice as much per pupil. So, I don’t understand why it always has to be this either/or attitude toward our schools.I think that school choice is an important issue, and it’s one where the mayor and I differ.

CM: Where do you stand on security for Jewish institutions?

Malliotakis: Actually, while we are talking about schools, I will also point out that one of the issues in the various communities, in terms of yeshivas, is the planning process. The permitting process to open a new school has been very challenging for the community.

One way I can help is by finding ways to streamline the process. I think that’s very important, whether its new schools, new yeshivas, or even if it’s just a super market being built, there’s so much bureaucracy and so many hurdles that it’s sometimes two years before you can get a shovel in the ground. That’s been challenging for the Jewishcommunity as they look to build more yeshivas to keep up with population growth.

With security, again, we see the same thing – bureaucracy; they are having trouble getting reimbursements. They are finally getting approved to get reimbursements, but it’s taking an extremely long time. Some of the smaller security companies are having trouble because they have to lay out the costs. I think that’s something that is an issue, not just for the security aspect for schools, but just in general. When you do business with the city, there is too much of a lag time. Some of these businesses are put out of business waiting.

CM: Let’s talk about what your tax plan would be under
your administration.

Malliotakis: First of all, I support a property tax cap. I’m a cosponsor of one in Albany. Every municipality in the state has one except for New York City. Number one would be for me to restructure property taxes. We need to look at making them more equitable, but we also need to look at placing a cap on them, so that people can afford to stay in their homes.

In terms of commercial rent tax, that’s something we need to be looking at. It brings in a lot of revenue, so we couldn’t eliminate it all together right now.

But I think we could start by at least increasing the threshold for when it’s triggered, so that way some of the smaller businesses can be exempt from it. I think that would go a long way. If you look at Manhattan, you see many of our businesses are closed empty store fronts along Madison Avenue. That’s a direct result of the increased cost of doing business, and the commercial rent tax is the main part of that.

CM: What about income tax?

Malliotakis:We’ve got to look at income tax too. The thing is, this mayor has increased spending by a whopping $15 billion. That’s money that could have been put into people’s pockets if we had a spending cap that was somewhat related to the CPI. We should look at doing that – trying to control spending. In Albany, we put into effect a two percent spending cap. So, every year when the budget is determined, we have a goal of not increasing spending by more than two  percent. I think that’s very wise, and we should follow Governor Cuomo’s lead here in the City of New York by doing something similar.

CM: What would you do differently about law enforcement
and crime?

Malliotakis: I think that another thing we should be doing is putting more resources toward our criminal justice system so that people get their right to a speedy trial.

I also think that the mayor needs to have the NYPD’s back and support them. I think it was very disrespectful of our mayor to have left for Germany to protest the G20 Summit, after a police officer was assassinated – instead of staying here, mourning with the city, supporting the NYPD, and being present atthat swearing-in ceremony for the new NYPD officers.

CM: In your opinion, what aspect of your resume should be the most appealing to voters?

Malliotakis:I’ve had experience in the non-profit, the private, and the public sector. So I understand all three. I think most appealing would be my seven years in the State Legislature, because I understand the legislative process. I understand what it takes for the executive to get along with the legislative body. I’ve been one of the individuals who have been most vocal about reform in Albany.

I led the fight to strip pensions from elected officials convicted of crimes, and bring transparency measures to Albany. I sued the Port Authority when they tried to increase tolls in my community. I helped restore bus service to my constituents. I support our senior citizens and make sure they get adequate funds to keep the senior centers open, and that they are protected. During Hurricane Sandy, I had to deal with a major crisis in my district – thousands of individuals who were left homeless after the storm. I had to work to help them restore their lives and fight the bureaucracy at City Hall in terms of rebuilding.

I’m proud of my record of fighting for my constituents, but certainly the experience has given me a good understanding of what it takes to get things done, the need to work across the aisle – because I am a minority member in an overwhelmingly Democratic Assembly – but I have the ability to work across party lines to get things done. Unlike our mayor, who’s unable to get along with the Republicans in Washington or the governor of his own party, I have the ability to work with everyone diplomatically to do what is best for the people of New York City. 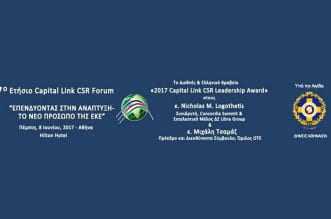